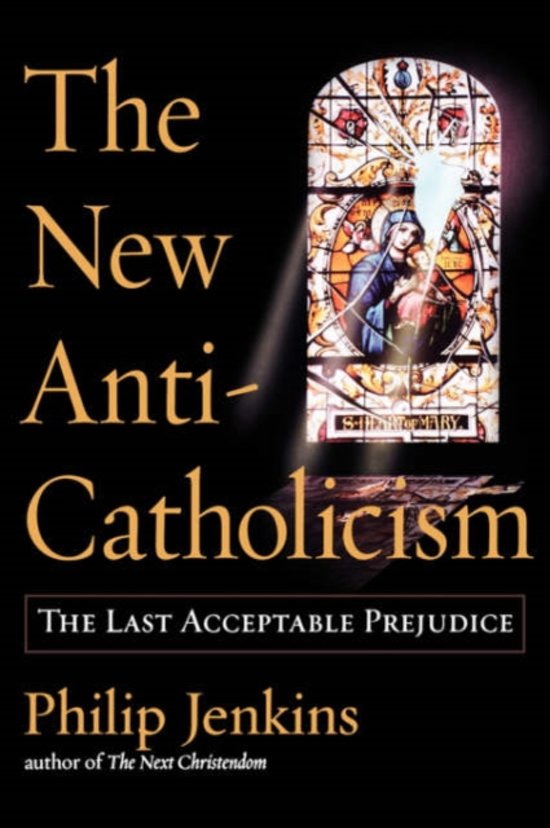 Anti-Catholicism has a long history in America. And as Philip Jenkins argues in The New Anti-Catholicism, this virulent strain of hatred--once thought dead--is alive and well in our nation, but few people seem to notice, or care.
A statement that is seen as racist, misogynistic, anti-Semitic, or homophobic can haunt a speaker for years, writes Jenkins, but it is still possible to make hostile and vituperative public statements about Roman Catholicism without fear of serious repercussions. Jenkins shines a light on anti-Catholic sentiment in American society and illuminates its causes, looking closely at gay and feminist anti-Catholicism, anti-Catholic rhetoric and imagery in the media, and the anti-Catholicism of the academic world. For newspapers and newsmagazines, for television news and in movies, for major book publishers, the Catholic Church has come to provide a grossly stereotyped public villain. Catholic opinions, doctrines, and individual leaders are frequently the butt of harsh satire. Indeed, the notion that the church is a deadly enemy of women--the idea of Catholic misogyny--is commonly accepted in the news media and in popular culture, says Jenkins. And the recent pedophile priest scandal, he shows, has revived many ancient anti-Catholic stereotypes.
It was said that with the election of John F. Kennedy, anti-Catholicism in America was dead. This provocative new book corrects that illusion, drawing attention to this important issue.