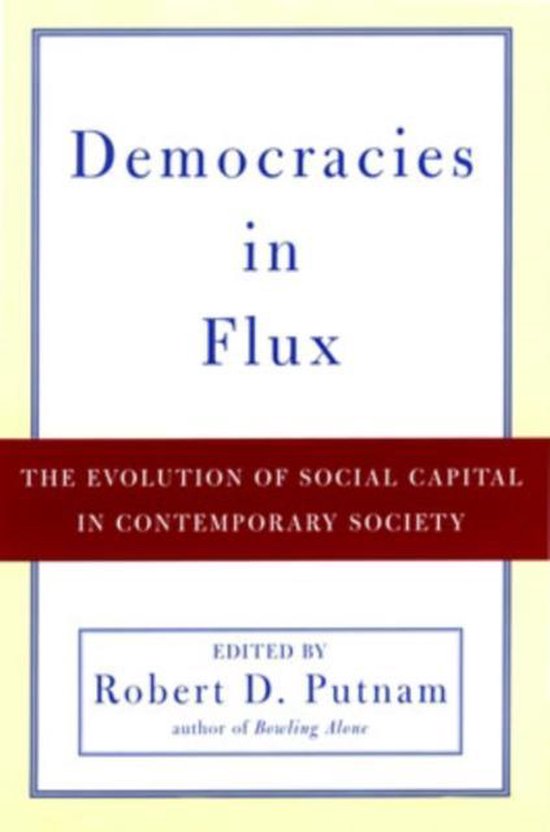 The recent, highly sucessful publication of Bowling Alone: The Collapse and Revival of American Community by Robert Putnam, has attracted new attention to the subject of civil society. While markets and democracies arise in formerly Communist states, the established liberal democracies of Western Europe, North America, and East Asia grow increasingly dissatisfied with the institutions of representative democracy. Inasmuch as a democracy draws its strength from the involvement of its citizens in public life, the decline of civic participation, Putnam asserts, reflects changes in society. Putnam and his contributors investigate the mechanisms of social transformation by employing the concept of social capital, which loosely describes the extent and variety of an individual's social relations. Democracies in Flux delineates the properties of social capital by analysing its behaviour in several economically advanced democracies. While all participate in a global economy, they differ as societies in terms of historical experience, economic organisation, and democratic structure. A central concern of the project is to understand how societies change, and what implications these changes have for democracy.