Preaching in the Last Days 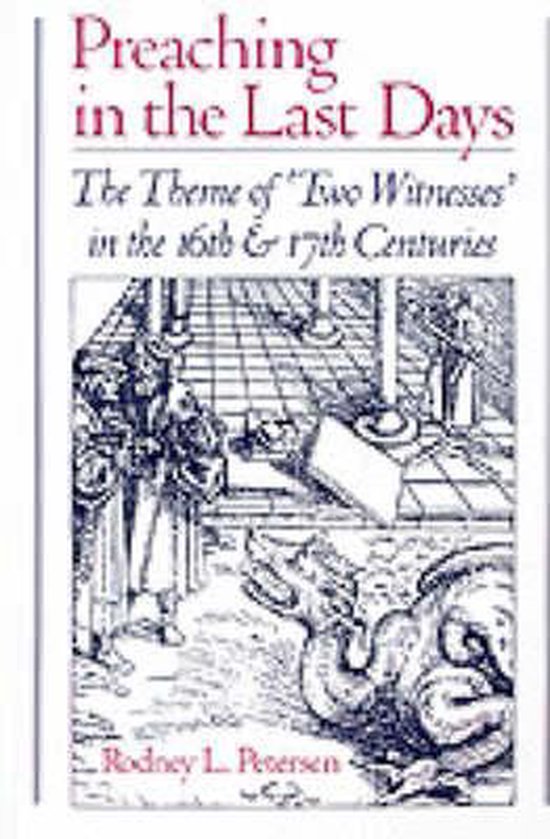 Among the enigmatic prophecies of the Book of Revelation is a passage (11.3-13) concerning `two witnesses' who will appear in the dark days of the church to preach or prophesy with powers like those of the prophets of ancient Israel. In this book Rodney Petersen presents an exhaustive examination of the treatment of this passage by interpreters from medieval times to the Protestant Reformation. Petersen demonstrates that speculation on the identity and theological meaning of the two witnesss has abounded since the days of the early church. They have been linked to a time of culminating evil, the final proclamation of hope, and the end of history associated with divine judgement. Such speculation found ample expression in medieval literature, art and drama. In the writings of the reformers, however, the witnesses acquired increased social implications. The sixteenth and seventeenth centuries saw a proliferation of commentaries on the Apocalypse, in which reformist exegetes appropriated the image of the witnesses to their own movement, often identifying them with specific contemporary figures or using them to predict a future in tune with their hopes for the Protestant movement. Finally, Petersen shows, the theme of the two witnesses inspired and sustained those who carried the Puritan message into the New World, and features in the writings of such leading New England divines as Cotton Mather and Jonathan Edwards.