The Origins and Development of Classical Hinduism 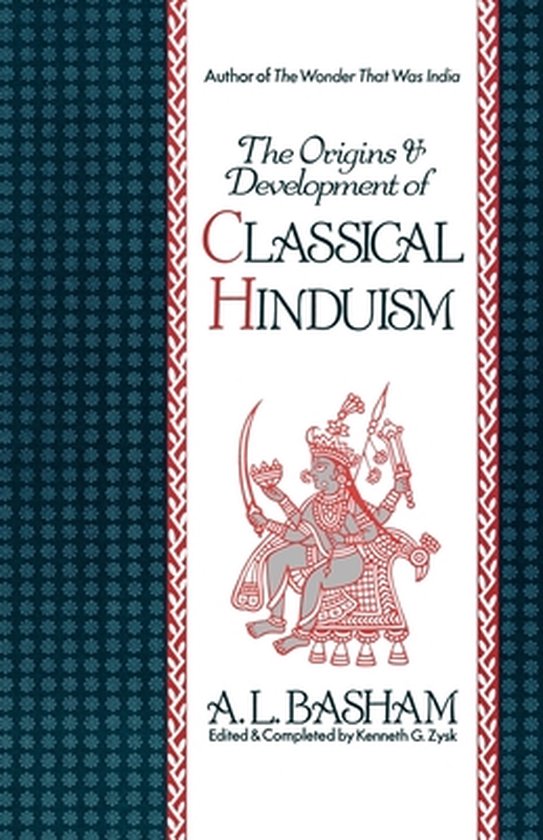 The late A.L. Basham was one of the world's foremost authorities on ancient Indian culture and religion. Modeled on his monumental work The Wonder That Was India, this account of the origins and development of classical Hinduism represents a lifetime of reflection on the subject, and offers an intriguing introduction to one of the richest of all Asian traditions.Synthesizing Basham's great knowledge of the art, architecture, literature, and religion of South Asia, this concise history traces the spiritual life of India from the time of the Indus Culture (around 2700 B.C.E) through the crystallization of classical Hinduism in the first centuries of the common era. It chronicles as well the rise of other mystical and ascetic traditions, such as Buddhism and Jainism, and follows Hinduism's later incarnations in the West, making it an especially comprehensive introduction to the subject.Unlike Christianity or Islam, Hinduism was not inspired by single great prophet but rather evolved organically. The wide range of influences and sources--along with the great number of sacred texts in ancient languages--can make the Hindu system of faith and practice seem almost impenetrable to the uninitiated. With its vivid presentation of Hinduism's sources--from the warrior Aryans to the wandering ascetics--and its clearly written explanations and analyses of the major Hindu texts--among them the Rg-veda, the Brahmanas, Upanishads, and the Mahabharata and Ramayana--The Origins of Classical Hinduism clarifies much of Hinduism's enduring mystique. With an especially helpful bibliography, numerous illustrations of Hindu art never before published, and a lucid, accessible style, this book is must reading for anyone who has ever been intrigued by this fascinating religion.