Part of Our Lives 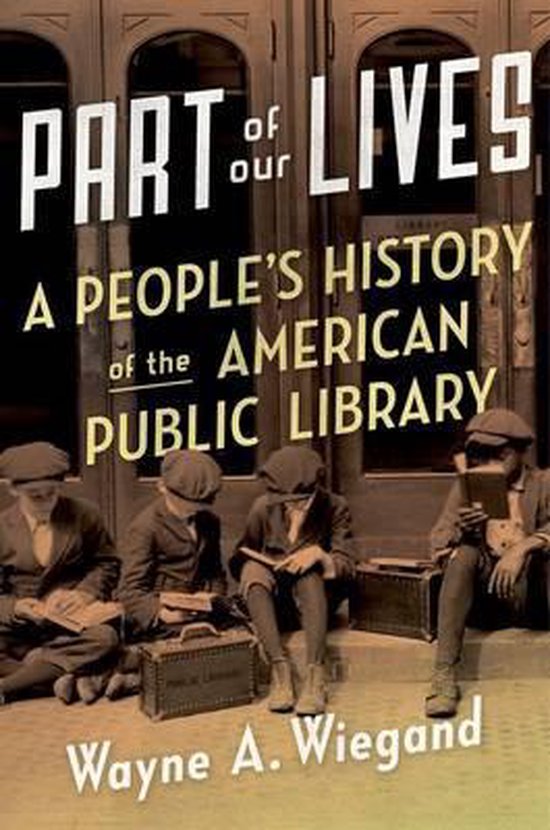 Despite dire predictions in the late twentieth century that public libraries would not survive the turn of the millennium, their numbers have only increased. Two of three Americans frequent a public library at least once a year, and nearly that many are registered borrowers. Although library authorities have argued that the public library functions primarily as a civic institution necessary for maintaining democracy, generations of library patrons tell a different story. In Part of Our Lives, Wayne A. Wiegand delves into the heart of why Americans love their libraries. The book traces the history of the public library, featuring records and testimonies from as early as 1850. Rather than analyzing the words of library founders and managers, Wiegand listens to the voices of everyday patrons who cherished libraries. Drawing on newspaper articles, memoirs, and biographies, Part of Our Lives paints a clear and engaging picture of Americans who value libraries not only as civic institutions, but also as social spaces for promoting and maintaining community. Whether as a public space, a place for accessing information, or a home for reading material that helps patrons make sense of the world around them, the public library has a rich history of meaning for millions of Americans. From colonial times through the recent technological revolution, libraries have continuously adapted to better serve the needs of their communities. Wiegand goes on to demonstrate that, although cultural authorities (including some librarians) have often disparaged reading books considered not serious the commonplace reading materials users obtained from public libraries have had a transformative effect for many, including people like Ronald Reagan, Sonia Sotomayor, and Oprah Winfrey. A bold challenge to conventional thinking about the American public library, Part of Our Lives is an insightful look into one of America's most beloved cultural institutions.