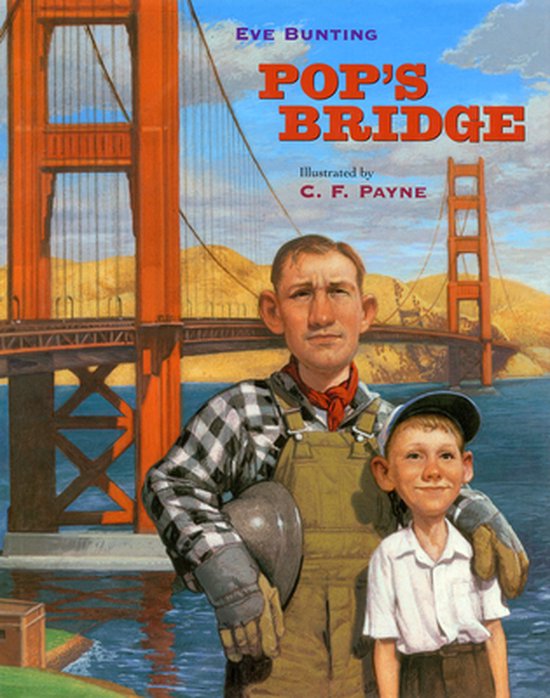 A picture book about the building of the Golden Gate bridge, told from the point of view of a boy whose father is on the crew. The Golden Gate Bridge. The impossible bridge, some call it. They say it can't be built. But Robert's father is building it. He's a skywalker--a brave, high-climbing ironworker. Robert is convinced his pop has the most important job on the crew . . . until a frightening event makes him see that it takes an entire team to accomplish the impossible. When it was completed in 1937, San Francisco's Golden Gate Bridge was hailed as an international marvel. Eve Bunting's riveting story salutes the ingenuity and courage of every person who helped raise this majestic American icon. Includes an author's note about the construction of the Golden Gate Bridge. AUTHOR: Eve Bunting has written over two hundred books for children, including the Caldecott Medal-winning Smoky Night, illustrated by David Diaz, The Wall, Fly Away Home, and Train to Somewhere. She lives in Southern California.