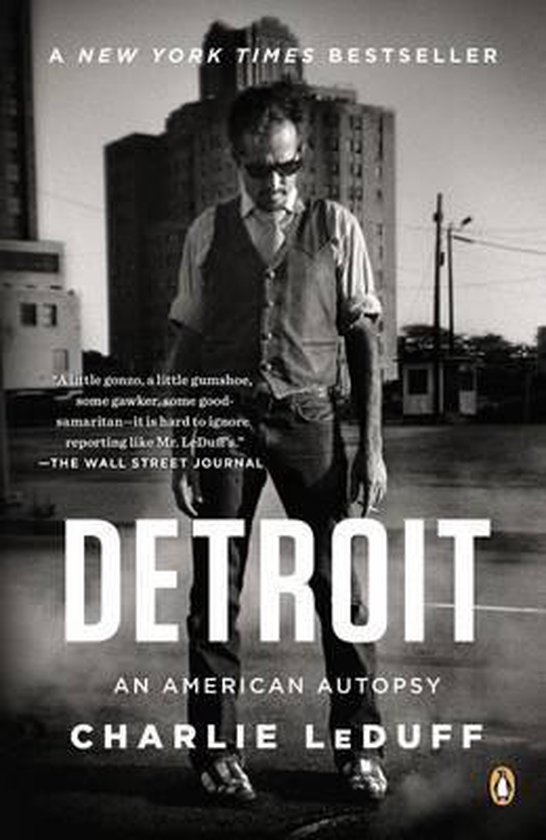 Back in his broken hometown, Pulitzer Prize-winning journalist Charlie LeDuff searches the ruins of Detroit for clues to his familyĀ’s troubled past. Having led us on the way up, Detroit now seems to be leading us on the way down. Once the richest city in America, Detroit is now the nationĀ’s poorest. Once the vanguard of AmericaĀ’s machine age?mass-production, blue-collar jobs, and automobiles?Detroit is now AmericaĀ’s capital for unemployment, illiteracy, dropouts, and foreclosures. With the steel-eyed reportage that has become his trademark, and the righteous indignation only a native son possesses, LeDuff sets out to uncover what destroyed his city. He beats on the doors of union bosses and homeless squatters, powerful businessmen and struggling homeowners and the ordinary people holding the city together by sheer determination. Detroit: An American Autopsy is an unbelievable story of a hard town in a rough time filled with some of the strangest and strongest people our country has to offer.