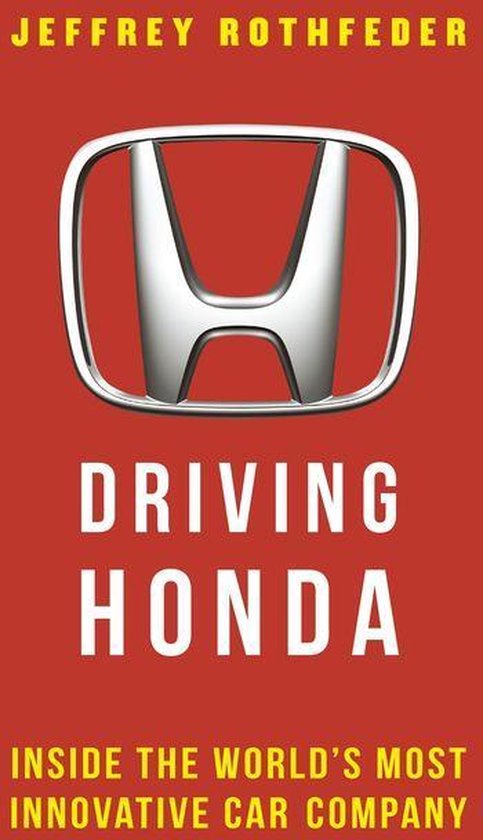 For decades there have been two iconic Japanese auto companies. One has been endlessly studied and written about. The other has been generally underappreciated and misunderstood. Until now.


Since its birth as a motorcycle company in 1949, Honda has steadily grown into the world's fifth largest automaker and top engine manufacturer, as well as one of the most beloved, most profitable, and most consistently innovative multinational corporations. What drives the company that keeps creating and improving award-winning and bestselling models like the Civic, Accord, Odyssey, CR-V, and Pilot?


According to Jeffrey Rothfeder - the first journalist allowed behind Honda's infamously private doors - what truly distinguishes Honda from its competitors, especially archrival Toyota, is a deep commitment to a set of unorthodox management tenets. The Honda Way, as insiders call it, is notable for decentralization over corporate control, simplicity over complexity and unyielding cynicism toward the status quo and whatever is assumed to be the truth - ideas embedded in the DNA of the company by its colourful founder Soichiro Honda, sixty-five years ago.


With dozens of interviews of Honda executives, engineers,and frontline employees, Rothfeder shows how the company has developed and maintained its unmatched culture of innovation, resilience, and flexibility - and how it exported that culture to other countries that are strikingly different from Japan, establishing locally controlled operations in each region where it lays down roots.


For instance, Rothfeder reports on life at a Honda factory in the tiny town of Lincoln, Alabama. When the American workers were trained to follow the Honda Way as a self-sufficient outpost of the global company, their plant pioneered a new model for manufacturing in America.


As Soichiro Honda himself liked to say, ''Success can be achieved only through repeated failure and introspection. In fact, success represents one percent of your work, which results only from the ninety-nine percent that is called failure.''