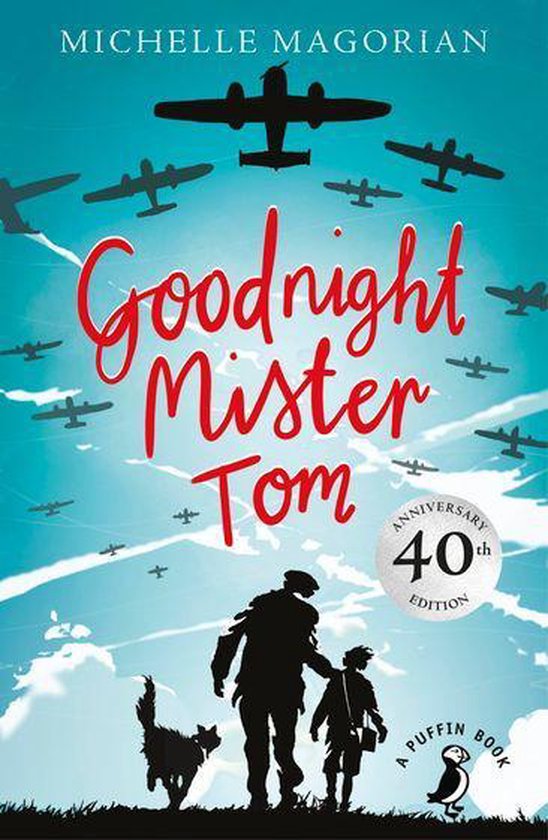 A Puffin Book - stories that last a lifetime.

Puffin Modern Classics are relaunched under a new logo: A Puffin Book. There are 20 titles to collect in the series, listed below, all with exciting new covers and fun-filled endnotes.

Goodnight Mister Tom - winner of the Guardian Children's Fiction Award - by Michelle Magorian has delighted generations of children. It's the story of young Willie Beech, evacuated to the country as Britain stands on the brink of the Second World War. A sad, deprived child, he slowly begins to flourish under the care of old Tom Oakley - but his new-found happiness is shattered by a summons from his mother back in London. As time goes by Tom begins to worry when Willie doesn't answer his letters, so he goes to London to find him, and there makes a terrible discovery.

Michelle Magorian was born in Portsmouth and on leaving school studied at the Rose Bruford College of speech and Drama and Marcel Marceau's International School of Mime in Paris. Over the years she became interested in children's books and decided to write one herself. The result was Goodnight Mister Tom, which won the Guardian Children's Fiction Award, an International Reading Association Award and was also made into a superb film starring the late John Thaw. In 2012 Michelle was made a Fellow of the Rose Bruford College.

Goodnight Mister Tom; Back Home; Waiting for my Shorts to Dry; Who's Going to take Care of Me?; Orange Paw Marks; A Little Love Song; In Deep Water; Jump; A Cuckoo in the Nest; A Spoonful of Jam; Be Yourself; Just Henry