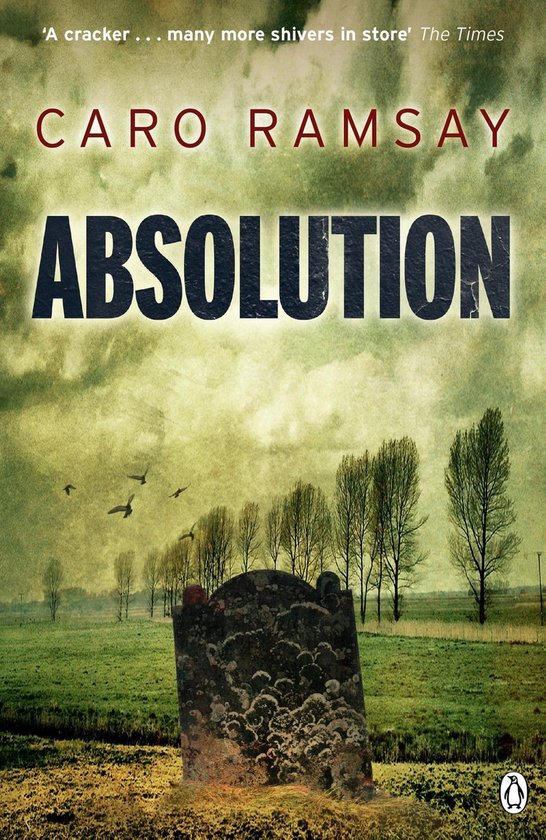 Caro Ramsay's Absolution is the first in her much-loved Anderson and Costello series.

The Crucifixion Killer is stalking Glasgow ... leaving victims' mutilated bodies in a Christ-like pose. DCI Alan McAlpine - a renowned and successful police officer - is drafted in to lead the hunt, supported by local officers DI Anderson and DS Costello.

But the past holds horrific memories for McAlpine. He last worked this beat some twenty years earlier, when he was assigned to guard a woman - nameless and faceless after a sadistic acid attack - at a Glasgow hospital. An obsession was born at that hospital room that has never quite left McAlpine . . . and now it seems to be resurfacing. For a reason.

As the chase to halt the gruesome murders intensifies, so Anderson and Costello find chilling cause for concern uncomfortably close to home . . .

Reissued with a stunning new package, Caro Ramsay's Anderson & Costello thrillers have been widely recognised as one of the most significant new series in the genre in recent years and Ramsay's utterly unique investigators are ready to become the nation's favourite Scottish cop duo. Absolution is the amazing opening to this stunning series. Subsequent titles include Dark Water and Singing to the Dead. Fans of Ian Rankin and Val McDermid will love this series.

'Brilliant in twisting the tension tauter with each page' Guardian

'Ramsay handles her characters with aplomb, the dialogue crackles and the search for the killer has surprising twists and turns' Observer

'Many shivers in store for readers, followed by a shattering climax' The Times

Caro Ramsay was born in Glasgow and now lives in a village on the west coast of Scotland. Absolution is her first novel, which was shortlisted for the CWA's New Blood Dagger for best debut of the year. This success was followed by two further DI Anderson and DS Costello novels, Singing to the Dead and Dark Water. The fourth book in the same series, The Blood of Crows, is also released this summer.