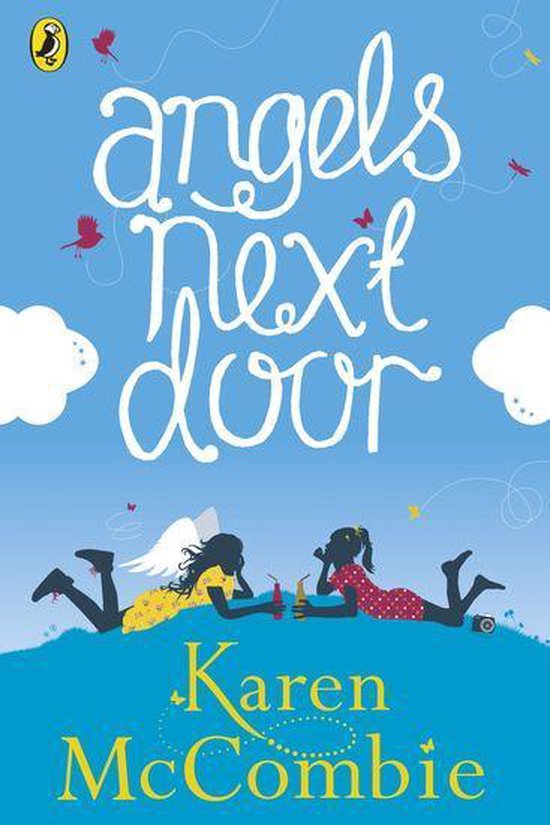 Riley's best friend has gone away forever and Lauren 'Queen of Everything' Mayhew is making school a nightmare. It looks like Riley's on her own, until the three Angelos Sisters move in next door.

Her new neighbours are . . . different. Colourful and sparkly, they stand out. It's not just their names or how they dress - there's something magical about them. And since they arrived there have been loads of strange coincidences.

Who are these new girls and what's with all the glitter?

'A wonderful, funny, heart-warming and comforting tale . . . will be a success with female readers aged 9 and upwards' The School Librarian

About the author:
Bestselling author Karen McCombie trained as a magazine journalist in her native Scotland before moving to London. After several years working on teen favourites Just 17 and Sugar, she turned to fiction, with her first series, Ally's World, becoming an instant success. In total she's had more than 70 books published and translated around the world, and more than a million books sold.
Karen lives in North London with her very Scottish husband Tom, her sunshiney daughter Milly, a demented cat called Dizzy and Biscuit, the button-obsessed hamster.