The Diary of a Young Girl (H/B slipcase) 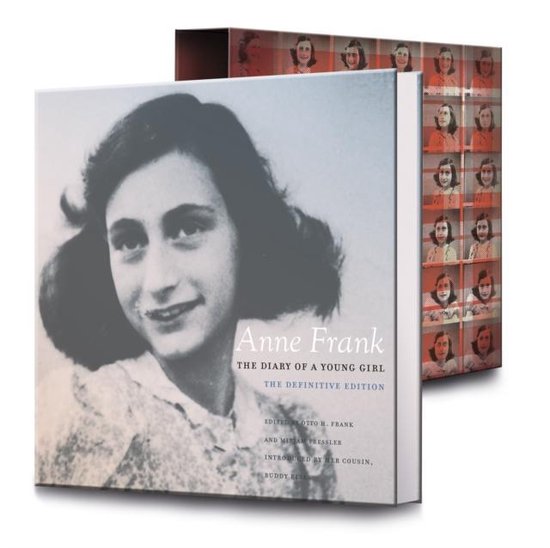 This stunning facsimile hardback edition in a slipcase includes the definite edition of The Diary with an exclusive introduction written by Buddy Elias, who was Anne Frank's beloved first cousin: 'This is by far the most beautiful Diary worldwide. I am absolutely thrilled and very moved that my foreword is in it.' Buddy Elias Reproduced in the same square size of the original notebook that Anne was given for her 13th birthday with a facsimile red-check cover design. Produced to a high spec with head and tail bands, designed and printed endpages and two 4-colour printed family photo insets. The Diary of a Young Girl is a timeless true story to be rediscovered by each new generation. For young readers and adults it continues to bring to life Anne's extraordinary courage and struggle throughout her ordeal. In July 1942, thirteen-year-old Anne Frank and her family, fleeing the horrors of Nazi occupation, went into hiding in an Amsterdam warehouse. Over the next two years Anne vividly describes not only the daily frustrations of living in such close quarters, but also her thoughts, feelings and longings as she grows up. Her diary ends abruptly and tragically when, in August 1944, Anne and her family were all finally betrayed. The Diary of a Young Girl by Anne Frank remains the single most poignant story to emerge from the Second World War, and her diary has come to symbolize not only the horrors of the Holocaust but the strength of the human spirit in adversity.