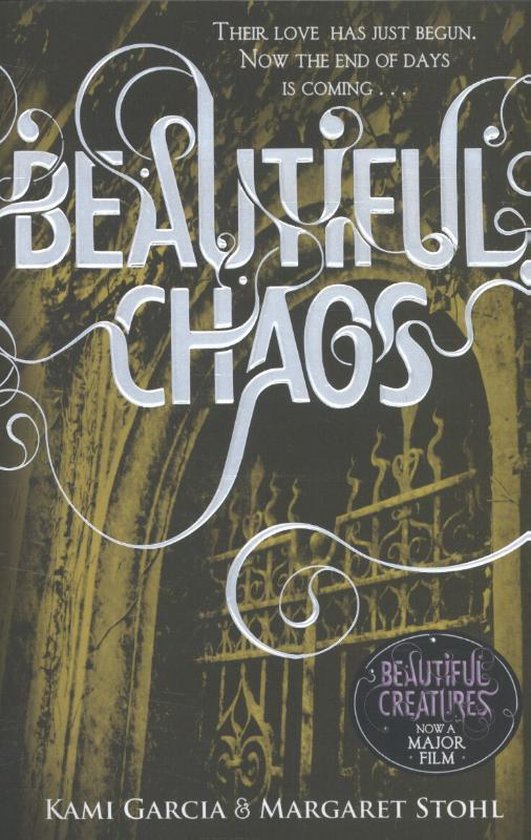 Beautiful Chaos is the third instalment of the spellbinding love story that began with Beautiful Creatures - a romance that is bound to capture the hearts of Twilight fans everywhere. Some loves are meant to be. Others are cursed . . . Ethan wate is in love with a caster girl. When he looks at Lena, it's like there's no one else in the world. But Ethan is mortal, and on her seventeenth birthday Lena made a choice that changed everything. The girl Ethan loves has broken the world with the supernatural powers she is struggling to control . . . Now, if they are to fix the chaos Lena has caused, one of them must make a terrible sacrifice. Sometimes there isn't just one answer. Sometimes there's no going back. And this time there won't be a happy ending. *Don't miss the Warner Brothers and Alcon Entertainment blockbuster movie of Beautiful Creatures directed by Richard LaGravenese (P.S. I Love You) and featuring an all star cast including Emma Thompson, Jeremy Irons, Viola Davies and hot young Hollywood talent Alice Englert, Alden Ehrenreich and Emmy Rossum. Praise for Beautiful Creatures: 'Watch out Twilight and Hunger Games' - The Guardian 'Move over Twilight, there's a new supernatural saga in town.' - E! 'A headlong read from start to finish' - She Also available in the Beautiful Creatures series: Beautiful Creatures, Beautiful Darkness and Beautiful Redemption. *Don't miss the brand new DANGEROUS CREATURES series, set in the world of Beautiful Creatures* Exclusive ebook novellas also available: Dream Dark Dangerous Dream