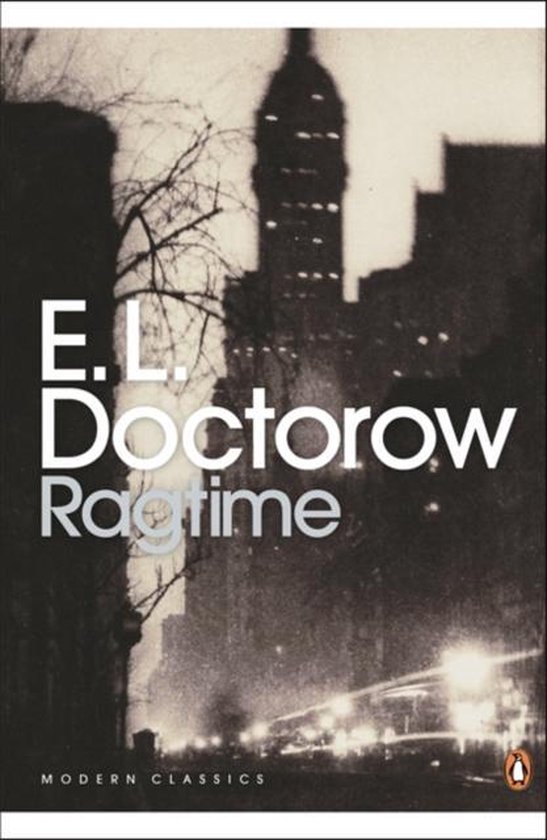 Set in turn-of-the-century New York, E.L. Doctorow's Ragtime seamlessly blends fictional characters and realistic depictions of historical figures to bring to life the events that defined American history in the years before the First World War. This Penguin Modern Classics edition includes an introduction by Al Alvarez. Welcome to America at the turn of the twentieth century, where the rhythms of ragtime set the beat. Harry Houdini astonishes audiences with magical feats of escape, the mighty J. P. Morgan dominates the financial world and Henry Ford manufactures cars by making men into machines. Emma Goldman preaches free love and feminism, while ex-chorus girl Evelyn Nesbitt inspires a mad millionaire to murder the architect Stanford White. In this stunningly original chronicle of an age, such real-life characters intermingle with three remarkable families, one black, one Jewish and one prosperous WASP, to create a dazzling literary mosaic that brings to life an era of dire poverty, fabulous wealth, and incredible change - in short, the era of ragtime. E.L. Doctorow (b.1931) is one of America's most accomplished and acclaimed living writers. Winner of the National Book Award, the National Book Critics Circle Award (twice), the PEN/Faulkner Award, and the National Humanities Medal, he is the author of nine novels that have explored the drama of American life from the late 19th century to the 21st, including Ragtime, The Book of Daniel and Billy Bathgate. If you enjoyed Ragtime, you might like John Dos Passos' U.S.A., also available in Penguin Classics. 'In its perfection it stuns and holds from beginning to end' Daily Mail 'Witty, lyrical, put together with admirable craft ... dazzling economy and insight ... Mr Doctorow knows what he is doing and has done it beautifully' Guardian 'One of the best American novels for years' Economist