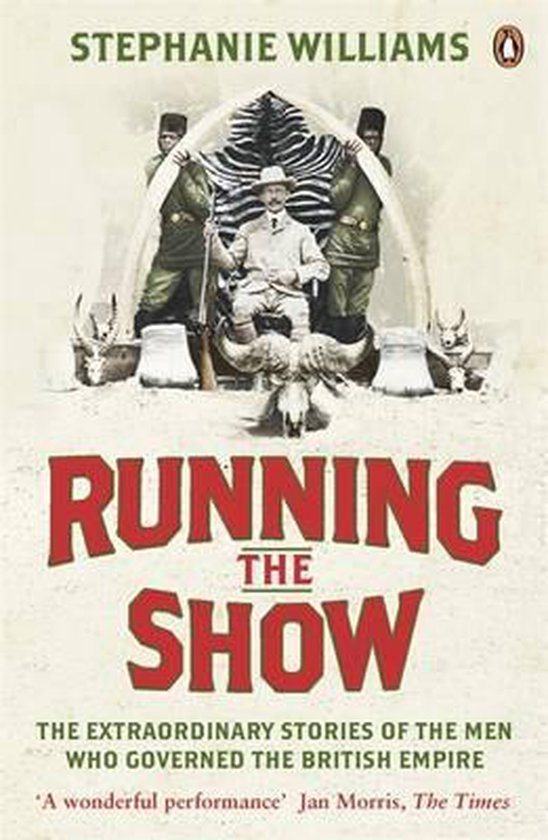 Stephanie Williams's Running the Show is a brilliant look at the men and women of Empire. 'May God forgive us for our sorry deeds and for our glorious intentions' Who were the men governing the Empire in the nineteenth century? How were they chosen and controlled? Were they sane or mad? And why did they do it? From Fiji to the Falkland Islands, from Malaysia to Australia and South Africa, from Lagos to Ottawa, ordinary British men and women, with no training, were dispatched to strange places, among strange people and faced unimaginable conditions. Some started wars. Others fought disease, injustice and slavery. Many died or went mad. Running the Show, drawing on vast unpublished sources, reveals the day-today lives, griefs and triumphs of governors at the height of the British Empire as they struggled to make sense of their charges and, frequently, themselves. 'An amusing and lively book, stuffed full of anecdotes and interesting titbits' Amanda Foreman, New Statesman Stephanie Williams was born in Canada, the daughter of an army officer. Her mother was born in China, to an Englishman and a young Russian refugee who had escaped the brutality of the Bolshevik revolution. Stephanie grew up moving constantly across Canada, Europe and the United States, before taking a degree in history at Wellesley College, Massachusetts and becoming a London-based journalist. When perestroika came to Russia it was possible to begin to investigate the truth of her Russian grandmother's tumultuous past. Researching and writing Olga's Story took ten years.