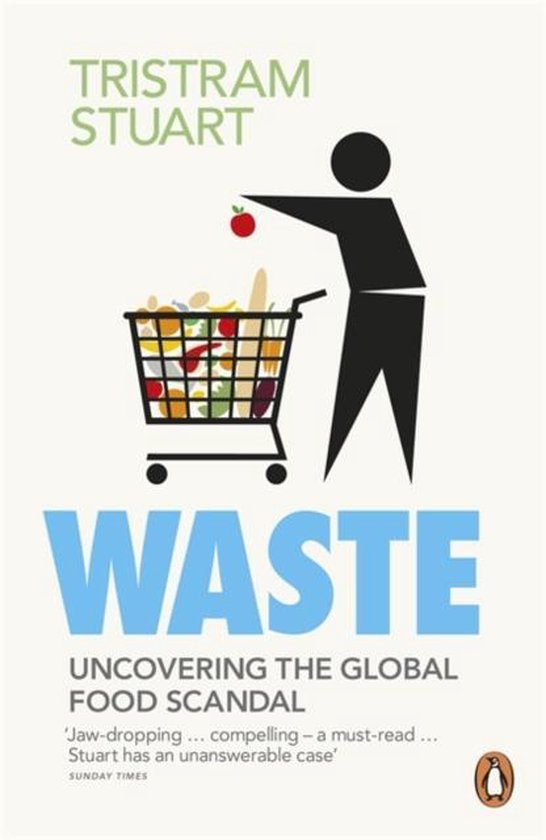 Combining frontline investigation with startling new data, Tristram Stuart's Waste shows how the way we live now has created a global food crisis - and what we can do to fix it. With shortages, volatile prices and nearly one billion people hungry, the world has a food problem - or thinks it does. Yet farmers, manufacturers, supermarkets and consumers in North America and Europe discard up to half of their food - enough to feed all the world's hungry at least three times over. Forests are destroyed and nearly one tenth of the West's greenhouse gas emissions are released growing food that will never be eaten. While affluent nations throw away food through neglect, in the developing world crops rot because farmers lack the means to process, store and transport them to market. But there could be surprisingly painless remedies for what has become one of the world's most pressing environmental and social problems. Travelling from Yorkshire to China, from Pakistan to Japan, and introducing us to foraging pigs, potato farmers, freegans and food industry directors, Stuart encounters grotesque examples of profligacy, but also inspiring innovations and ways of making the most of what we have. 'Tristram Stuart lifts the lid on the obscene levels of produce ending up in landfill ... read it and weep' The Sun 'Passionate, closely argued and guaranteed to make the most manic consumer peer guiltily into the recesses of their fridge' Sunday Telegraph 'An extremely thought-provoking, passionate study' Scotland on Sunday Tristram Stuart has been a freelance writer for Indian newspapers, a project manager in Kosovo and a prominent critic of the food industry. He has made regular contributions to television documentaries, radio and newspaper debates on the social and environmental aspects of food. His first book, The Bloodless Revolution, was published in 2006.