The Character of Physical Law 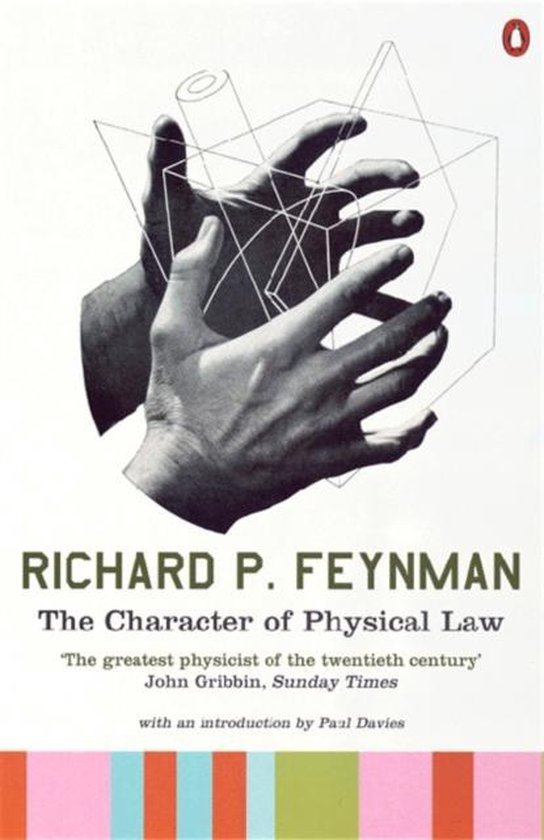 Collecting legendary lectures from freewheeling scientific genius Richard P. Feynman, The Character of Physical Law is the perfect example of Feynman's gift for making complex subjects accessible and entertaining. Here Richard Feynman gives his own unique take on the puzzles and problems that lie at the heart of physics, from Newton's Law of Gravitation to mathematics as the supreme language of nature, from the mind-boggling question of whether time can go backwards to the exciting search for new scientific laws. Using simple everyday illustrations to bring out the essence of a complicated principle - for example the surprising parallels between the law of conservation of energy and drying yourself with wet towels - these lectures are a brilliant example of Feynman's mind in action. 'The greatest physicist of the twentieth century' Sunday Times 'It is unlikely that the world will see another Richard Feynman ... his style inspired a generation of scientists. This volume remains the best record I know of his exhilarating vision' Paul Davies 'Fascinating ... an insight into the thought processes of a great physicist ... the acknowledged master of clear explanation' The Times Literary Supplement 'One of the most enjoyable books written by a major scientist' Observer Richard P. Feynman (1918-1988) was one of this century's most brilliant theoretical physicists and original thinkers. Feynman's other books, also available in Penguin, include QED, Six Easy Pieces, Six Not-so-Easy Pieces, Don't You Have Time to Think, The Pleasure of Finding Things Out, What Do You Care What Other People Think? and The Meaning of it All.