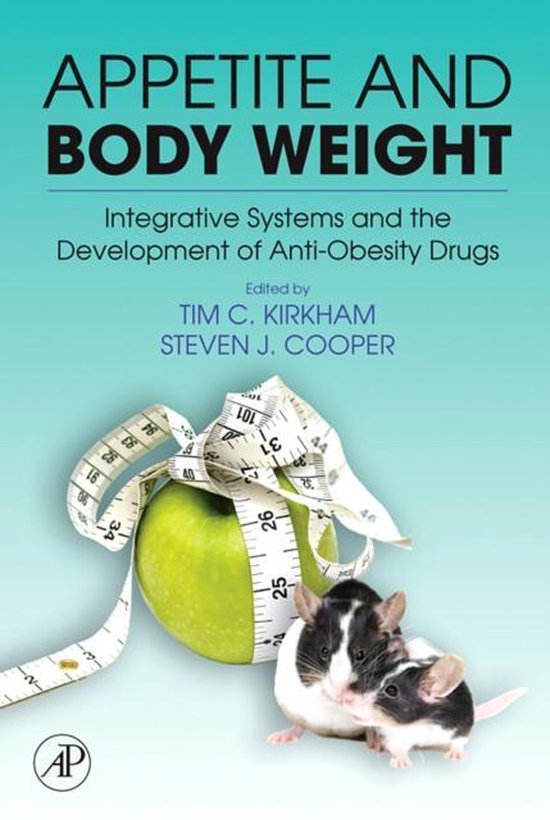 There is now enough basic work to sketch out the principal systems at all levels of the brain, from prefrontal cortex to lower brainstem, which are orchestrated to provide control of food selection, preference and consumption. At the same time, the complex interplay between central systems and signals generated from peripheral systems include the gut, liver and fat stores, as well as the interactions with the neuroendocrine system can be described in some detail. A continuing theme throughout the book is that the functional analysis of appetite and food intake cannot be limited to a single focus, e.g. hypothalamic neuropeptides and their interactions, but must be based on a fully integrated view of the several contributing systems.

Appetite and Body Weight: Integrative Systems and the Development of Anti-Obesity Drugs provides an expert guide to the neural, neurochemical, autonomic and endocrine interrelations which underpin appetite and the controls of food intake and body weight. The book covers many of the neurochemical entities that are currently under investigation, including: neuropeptides, leptin, insulin, monoamines and endogenous cannabinoids in relation to appetite and body-weight control. In addition to the neuroscience analysis, there are also chapters that provide an expert guide to some of the key psychological concepts that the researchers believe are essential in trying to understand the phenomena under investigation. The volume will also serve as an authoritative guide to the current emphasis on the development of novel, efficacious anti-obesity medication.