Way of the Turtle 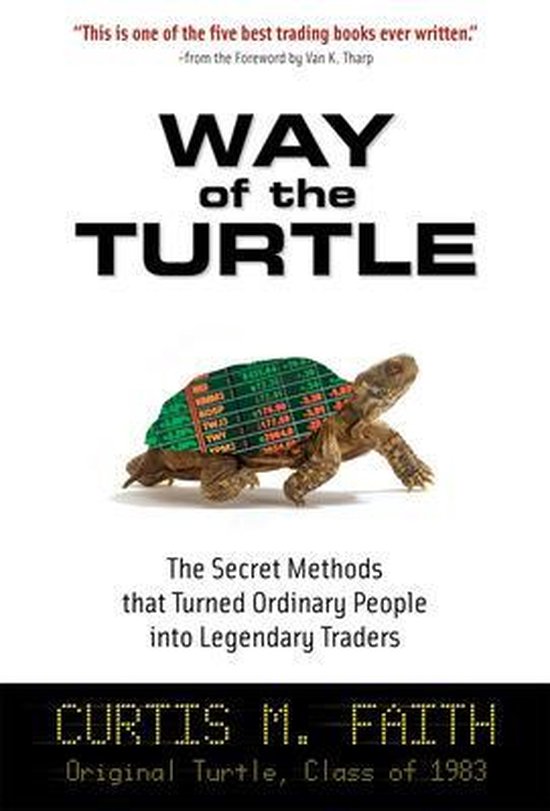 We're going to raise traders just like they raise turtles in Singapore. So trading guru Richard Dennis reportedly said to his long-time friend William Eckhardt nearly 25 years ago. What started as a bet about whether great traders were born or made became a legendary trading experiment that, until now, has never been told in its entirety. Way of the Turtle reveals, for the first time, the reasons for the success of the secretive trading system used by the group known as the Turtles. Top-earningTurtle Curtis Faith lays bare the entire experiment, explaining how it was possible for Dennis and Eckhardt to recruit 23 ordinary people from all walks of life and train them to be extraordinary traders in just two weeks. Only nineteen years old at the time-the youngest Turtle by far-Faith traded the largest account, making more than $30 million in just over four years. He takes you behind the scenes of the Turtle selection process and behind closed doors where the Turtles learned the lucrative trading strategies that enabled them to earn an average return of over 80 percent per year and profits of more than $100 million. You'll discover How the Turtles made money-the principles that guided their trading and the step-by-step methods they followedWhy, even though they used the same approach, some Turtles were more successful than othersHow to look beyond the rules as the Turtles implemented them to find core strategies that work for any tradable marketHow to apply the Turtle Way to your own trades-and in your own lifeWays to diversify your trading and limit your exposure to risk Offering his unique perspective on the experience, Faith explains why the Turtle Way works in modern markets, and shares hard-earned wisdom on taking risks, choosing your own path, and learning from your mistakes.