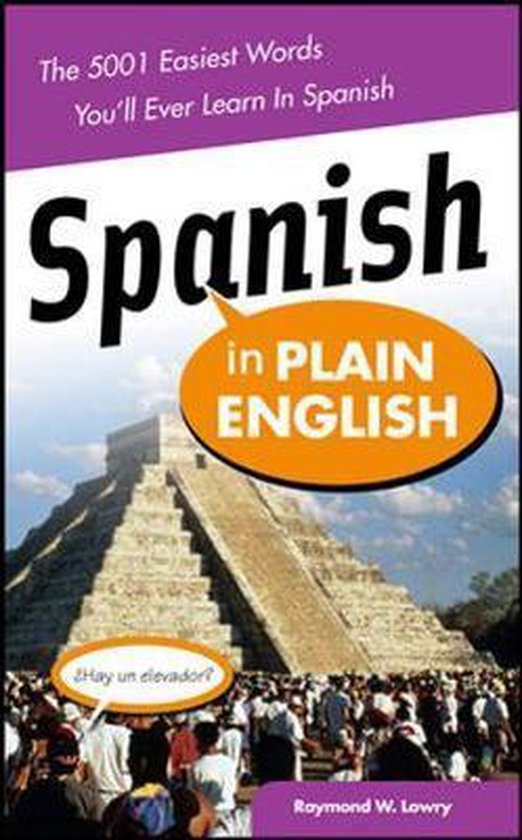 The English and Spanish languages have more in comun (common) than you think! Many of the words you know in English are similar and often the same in Spanish, such as arte and delicioso. And siesta, rodeo, and macho have been part of our lexicon for so long you forget they were ever foreign. Spanish in Plain English is the easiest and fastest way to build your Spanish vocabulary by using your prior knowledge as the foundation for language learning. The vocabulary is divided into two parts: Lista de terminos y frases familiares--familiar terms and phrases such as adios, siesta, and fiestaLista de terminos identicos y similares--cognates and near-cognates such as clasico (classic), famoso (famous), and norte (north) Each Spanish word is accompanied by a phonetic pronunciation so you can use your new vocabulary immediately. By studying these words, you will realize just how many Spanish words you already know and how easy it is to pick up those terms that are close in meaning to their English counterparts. You will have a 5,000-word Spanish vocabulary in no time at all!