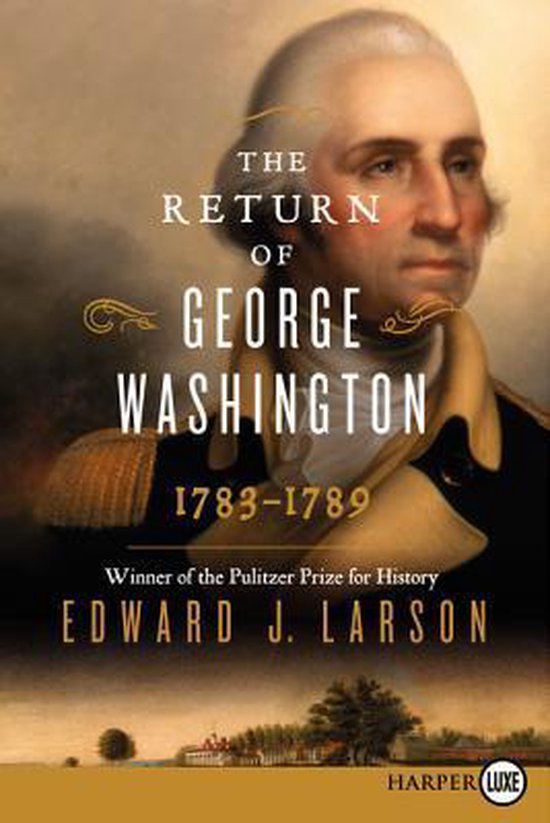 Pulitzer Prize-winning historian Edward J. Larson recovers a crucially important—yet almost always overlooked—chapter of George Washington's life, revealing how Washington saved the United States by coming out of retirement to lead the Constitutional Convention and serve as our first president.

After leading the Continental Army to victory in the Revolutionary War, George Washington shocked the world: he retired. In December 1783, General Washington, the most powerful man in the country, stepped down as Commander in Chief and returned to private life at Mount Vernon. Yet as Washington contentedly grew his estate, the fledgling American experiment floundered. Under the Articles of Confederation, the weak central government was unable to raise revenue to pay its debts or reach a consensus on national policy. The states bickered and grew apart. When a Constitutional Convention was established to address these problems, its chances of success were slim. Jefferson, Madison, and the other Founding Fathers realized that only one man could unite the fractious states: George Washington. Reluctant, but duty-bound, Washington rode to Philadelphia in the summer of 1787 to preside over the Convention.

Although Washington is often overlooked in most accounts of the period, this masterful new history from Pulitzer Prize-winner Edward J. Larson brilliantly uncovers Washington's vital role in shaping the Convention—and shows how it was only with Washington's support and his willingness to serve as President that the states were brought together and ratified the Constitution, thereby saving the country.