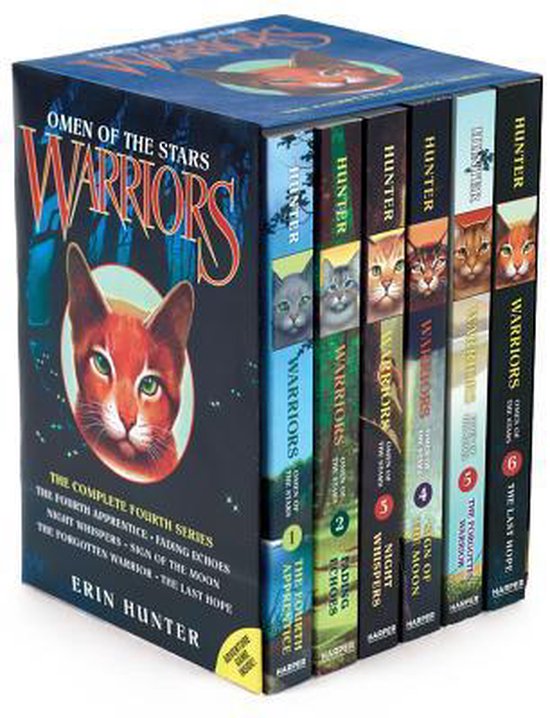 This collectible, giftable box set contains paperback editions of all six epic adventures in Erin Hunter's nationally bestselling Warriors: Omen of the Stars story arc. It has been foretold that three ThunderClan cats-Jayfeather, Lionblaze, and Dovepaw-will hold the power of the stars in their paws. Together, they must unravel the truth behind the ancient words of the prophecy. But the dark shadows that have preyed on the Clans for many moons are gaining strength, determined to tear the four Clans apart. As a catastrophic battle with the Dark Forest draws nearer, Jayfeather, Lionblaze, and Dovepaw learn of another, more ominous prophecy, which reveals that a mysterious fourth cat must join them in order to save the warrior Clans from utter destruction. Each book in the Omen of the Stars story arc includes a mission in the Warriors Adventure Game.