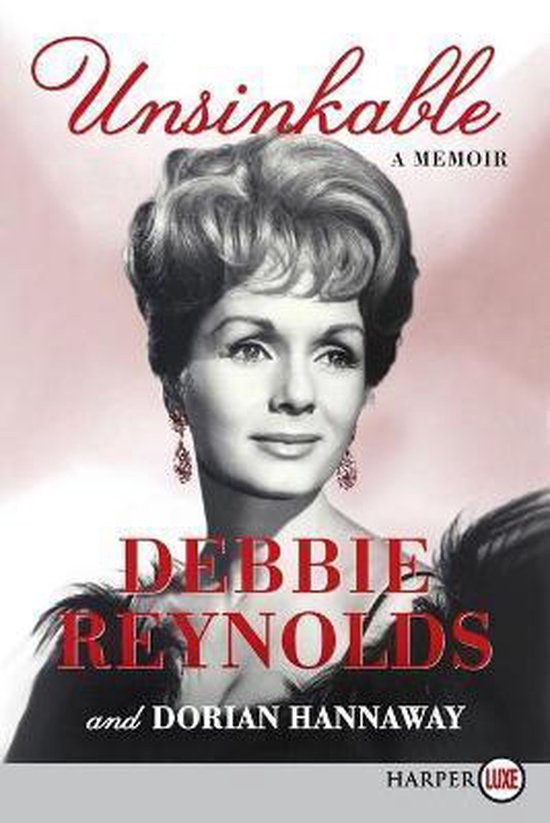 Unsinkable is the definitive memoir by film legend and Hollywood icon Debbie Reynolds.

Actress, comedienne, singer, and dancer Debbie Reynolds shares the highs and lows of her life as an actress during Hollywood’s Golden Age, anecdotes about her lifelong friendship with Elizabeth Taylor and her experiences as the foremost collector of Hollywood memorabilia, and intimate details of her marriages and family life with her children, Carrie and Todd Fisher.

A story of heartbreak, hope, and survival, “America’s Sweetheart” Debbie Reynolds picks up where she left off in her first memoir,Debbie: My Life.