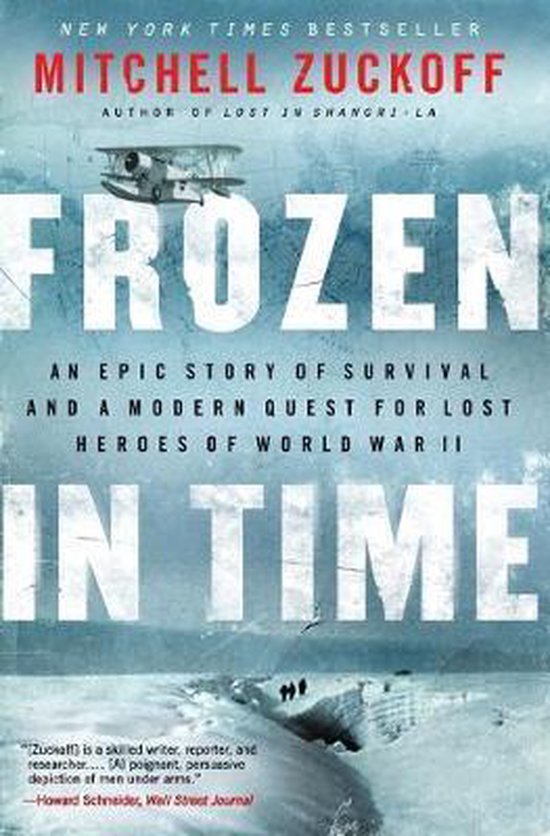 #1 New York Times bestseller! Frozen in Time is a gripping true story of survival, bravery, and honor in the vast Arctic wilderness during World War II, from the author of New York Times bestseller Lost in Shangri-La. On November 5, 1942, a US cargo plane slammed into the Greenland Ice Cap. Four days later, the B-17 assigned to the search-and-rescue mission became lost in a blinding storm and also crashed. Miraculously, all nine men on board survived, and the US military launched a daring rescue operation. But after picking up one man, the Grumman Duck amphibious plane flew into a severe storm and vanished. Frozen in Time tells the story of these crashes and the fate of the survivors, bringing vividly to life their battle to endure 148 days of the brutal Arctic winter, until an expedition headed by famed Arctic explorer Bernt Balchen brought them to safety. Mitchell Zuckoff takes the reader deep into the most hostile environment on earth, through hurricane-force winds, vicious blizzards, and subzero temperatures. Moving forward to today, he recounts the efforts of the Coast Guard and North South Polar Inc. - led by indefatigable dreamer Lou Sapienza - who worked for years to solve the mystery of the Duck's last flight and recover the remains of its crew. A breathtaking blend of mystery and adventure Mitchell Zuckoff's Frozen in Time: An Epic Story of Survival and a Modern Quest for Lost Heroes of World War II is also a poignant reminder of the sacrifices of our military personnel and a tribute to the everyday heroism of the US Coast Guard.