Freakonomics : A Rogue Economist Explores the Hidden Side of Everything 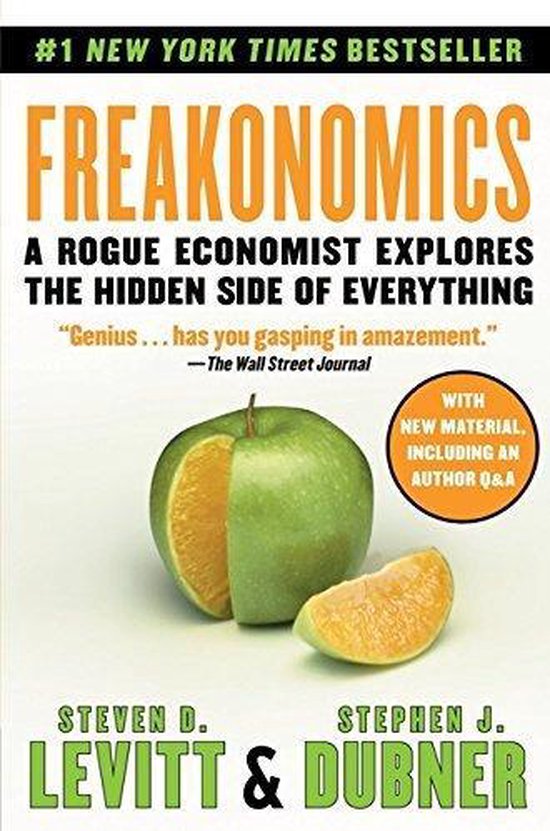 "In the summer of 2003, the New York Times Magazine sent Stephen J. Dubner, an author and journalist, to write a profile of Steven D. Levitt, a heralded young economist at the University of Chicago. Levitt was not remotely interested in the things that interest most economists. Instead, he studied the riddles of everyday life - from cheating to crime to child-rearing - and his conclusions turned the conventional wisdom on its head. For instance, he argued that one of the main causes of the crime drop of the 1990s was the legalization of abortion twenty years earlier. (Unwanted children have a greater likelihood of becoming criminals; with so many unwanted children being aborted in the 1970s, the pool of potential criminals had significantly shrunk by the 1990s.) The Times article yielded an unprecedented response, a deluge of interest from thousands of curious, inspired, and occasionally distraught readers. Levitt and Dubner collaborated on a book that gives full play to Levitt's most compelling ideas. Through forceful storytelling and pungent insight. FREAKONOMICS reminds us all that economics is, at root, the study of incentivesùhow people get what they want, or need, especially when other people want or need the same thing. Among the questions it answers: Which is more dangerous, a gun or a swimming pool? If drug dealers make so much money, why do they still live with their mothers? What makes a perfect parent? And, of course: What do schoolteachers and sumo wrestlers have in common? (Answer: they both cheat.)""