The Game On! Diet 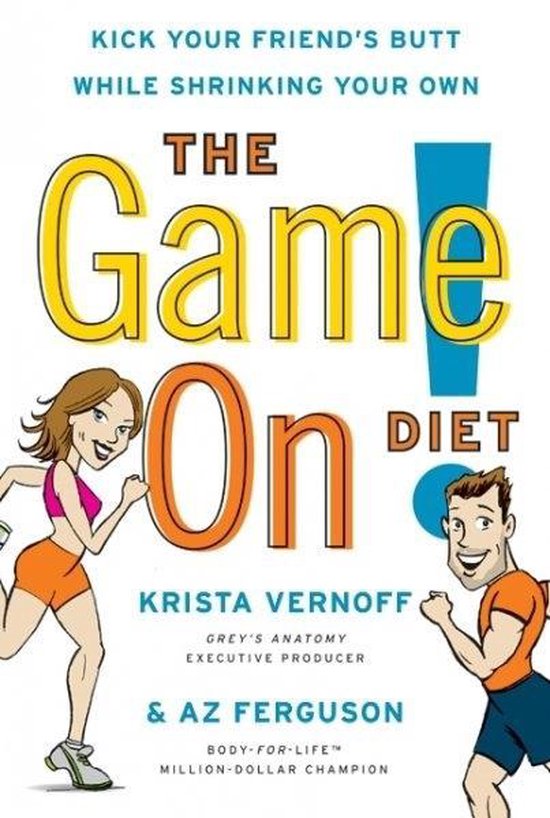 This is not a diet. You won't find any fads, extremes or new science for weight loss here. Instead, it is a combination of the healthiest, smartest, most successful science for health and fitness with the most fun, fierce competitive game imaginable. This new approach described in The Game On! Diet was invented by Aaron Ferguson, who was Body For Life's million dollar prize winner, to help Krista Vernoff, Head Writer for Grey's Anatomy, lose her pregnancy weight. Aaron knew that to truly motivate the busy Krista to workout when she had all the excuses in the world not to, he would have to turn it all into a game - and that's what he did. Putting together two teams of three players - all friends who were struggling with unwanted pounds and a lack of motivation - Aaron put the plan in motion. There are points gained for healthy meals, points lost for unhealthy meals, points gained and lost for water consumption and exercise as well as the integration of new good habits (i.e. mediations and reading) and the elimination of bad habits (i.e. television and computer games). Teams compete for a grand prize decided upon by the players - but really it's all about the bragging rights - and in the end, the results. The Game On! Diet explains all the components of playing - from the logistics of the point system and how to team up (team players can be friends, family members, spouses, co-workers, classmates and the online community), to what meal plans, exercises and lifestyle changes to adopt - all through an approachable and witty voice.