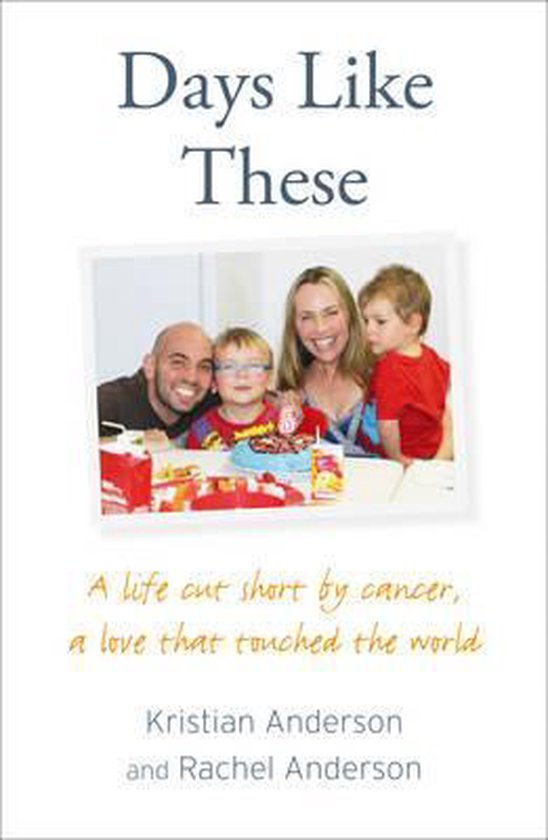 When Kristian Anderson received the diagnosis that every devoted husband and father fears, he refused to resign himself silently to fate. He began a brave and candid blog as he underwent treatment for cancer: sharing the joy of each small victory, the devastation in every setback, and the agonising realisation that he wouldn't always be able to protect and comfort his little boys when they were lonely or afraid, or grow old with his wife and soulmate. His posts full of hope, faith, and breathtaking honesty captured Australian hearts, then swept across the Pacific, gathering followers. A poignant video tribute for his wife Rachel became an internet phenomenon, attracting messages from well-wishers across the globe. After his death, their love inspired Rachel to bring together Kristian's blog entries combined with her own intimate reflections. Days Like These is a heartbreaking account of her husband's final battle, his strength and courage, but it is also a story about coming back from grief, and learning how to live again.