The Horse and His Boy (The Chronicles of Narnia, Book 3) 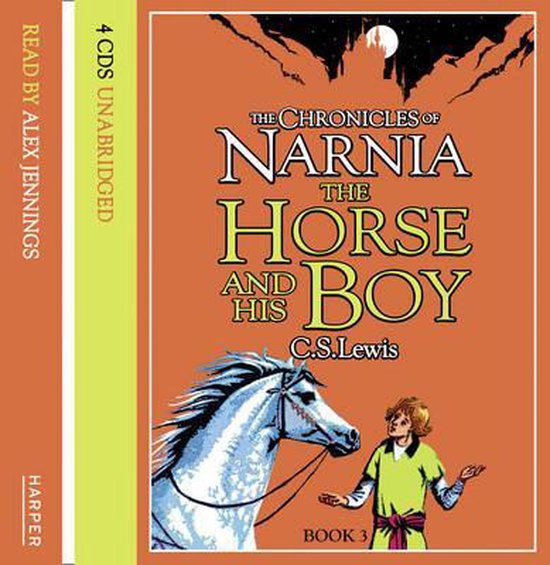 Following on from The Magician's Nephew and The Lion, the Witch and the Wardrobe, this is a classic fantasy adventure from The Chronicles of Narnia, superbly read by award winning actor Alex Jennings. The Magician's Nephew opens the doorway to the magical land of Narnia for the first time... In The Lion, the Witch and the Wardrobe, Peter, Edmund, Susan and Lucy stumble upon the world of Narnia. Here, Winter and the White Witch are the greatest threats and the children must join forces with the great lion, Aslan, to battle against the evil enchantment. In The Horse and His Boy, Shasta, a boy on the verge of being sold into slavery, meets Bree, a talking horse who has been kidnapped from Narnia and longs to return there. Together they decide to run away in search of his beloved home. They flee on a wild and dangerous journey through strange cities, eerie tombs and harsh deserts - in search of Narnia, where there is freedom and safety.